View basket “The Krays Book Of Slang – Steve and Rebecca Wraith” has been added to your basket. 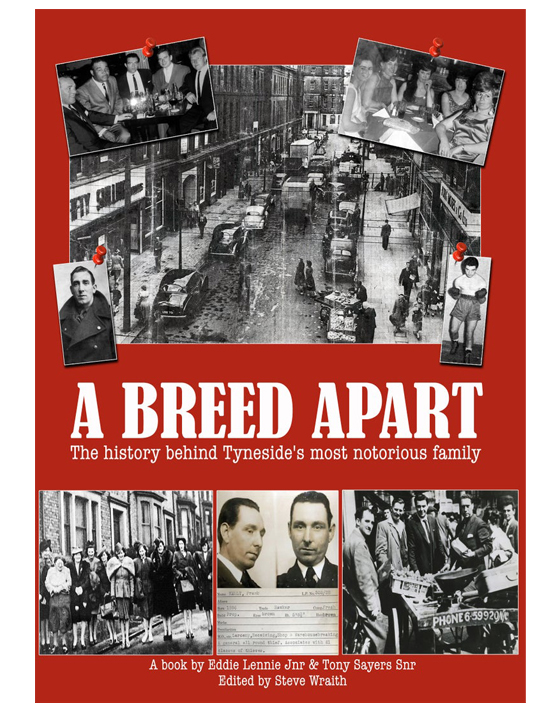 Every village, town, and city, has its share of notorious names, and infamous families, ones who seem to capture the headlines, and imaginations of its inhabitants. In Newcastle, one family name has been synonymous with crime for decades, yet their lifelong conflict with the law goes back to 1886.
In this dramatic story, we take an inside look at a family that lived outside the law.
Forerunner to the bestselling crime book ‘SAYERS’ Tried and tested at the highest level. This book will tell you how one family’s battle lines with authority were drawn up more than a century ago.
Fleeing harsh conditions, in the wake of Ireland’s great potato famine, we trace their hundred year battle to legalise street trading,
Charting the passage of time, changing styles, and shifts in attitude, we follow their journey over five generations. From nights in a cell for working the barrows, to long term prison sentences for armed robbery and extortion. We reveal the story behind the violent ‘Battle of Percy Street’ in 1963, and learn how reputation resulted in trials for murder, drive by shootings and target criminal status.
This book will give you a different perception of the family you may have heard of, and the people that they come from.
People who, even in their world, really were A Breed Apart…