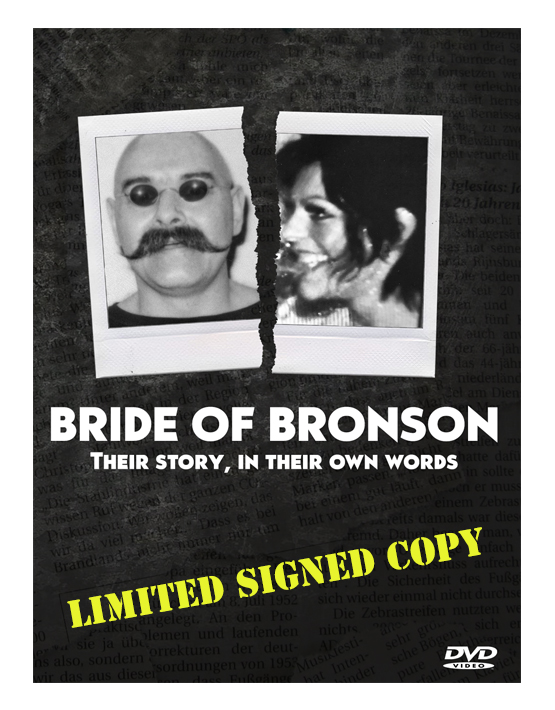 Hand signed by Charlie (by sticker) and strictly limited to just 20.
All orders will be dispatched from 10th March 2021.

In 1974 Michael Peterson was convicted of armed robbery and jailed for seven years. His battles with the authorities earned him a reputation as Britain’s most violent prisoner along with many more years inside. He changed his name to Bronson and now known as Charles Salvador he is in his 46th year of incarceration.
But before all that, before he went to prison there was Irene. This is their story. exclusively in their own words.