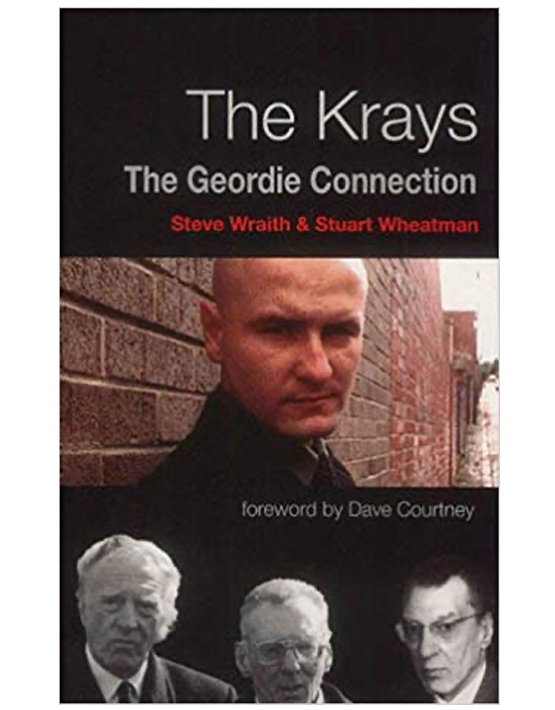 Steve’s first book, The Geordie Connection is about a young lad from Tyneside who contacted the notorious Kray brothers and ended up not only becoming friends and visiting them, but working as an unofficial advisor to them and befriending many of The Firm.

The story follows the Krays in the 1990s and in their later years, towards the deaths of all three. It gives a fascinating insight into their lives and how they operated from inside prison. Part ruthless, part notorious and then sometimes just very naive old men, we see the brothers from a different angle and through a different set of eyes. Steve also tells an inside story of how Charlie Kray came to be imprisoned for a huge cocaine deal, with access to exclusive undercover police transcriptions.

Wraith doesn’t claim to be a gangster or a criminal. This is the story of a regular lad who grew up as friends of these notorious gangsters and is able to tell a unique story because of it.
This book is signed by the author.