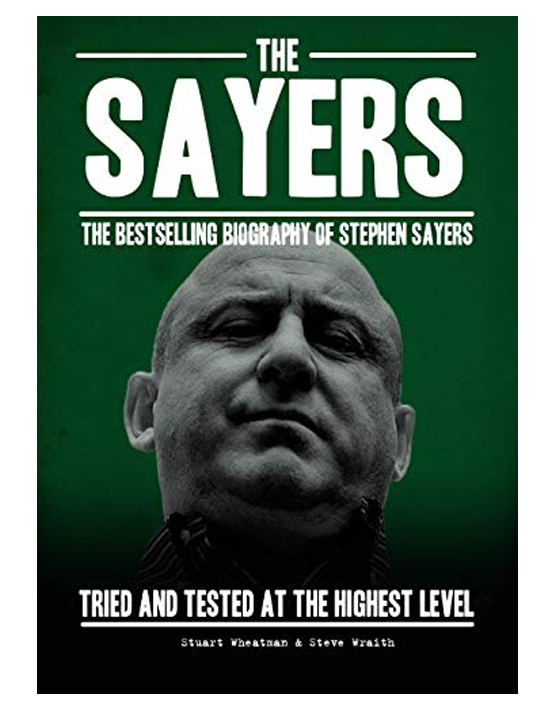 Updated Version.
From the writing team that brought The Krays; the Geordie Connection, The Krays behind Bars and NME; inside Newcastle’s football hooligan firm.
Stephen Sayers is one of the most feared men in the country, with a reputation that’s preceded him in the dozens of prisons he’s served time.
The Sayers family have been known on the streets of Tyneside for decades. No one else comes close to their level and it is widely known that they ‘run Newcastle’. Rumoured to be behind countless violent multi-million pound armed robberies, unsolved gangland murders, extortion rackets and organised crime in general, Stephen, his brothers and associates are an unstoppable force.
They’ve remained tight-lipped about their exploits… until now.
Stephen earned respect at an early age, blazing his own trail and coming out on top by any means necessary. A true bad lad in every sense, he gives us a first-hand account of growing up as a Sayers and living up to the reputation that the name holds.
THE MOST TALKED ABOUT CRIME BOOK IN NEWCASTLE

‘We are now dealing with a new breed of criminal.’
Northumbria Police

‘Stephen Sayers is a man who has earned his reputation the old-fashioned way; on the pavement. His family’s reputation is a good one and they are well-respected in London and the rest of the UK. The Sayers are my kind of people.’
Fred Foreman

‘Forget what you’ve read in the newspapers or the whispers you’ve heard in bars, this book blows the doors wide open to gangland Newcastle; it’s as explosive as they come.’
Wheatman and Wraith