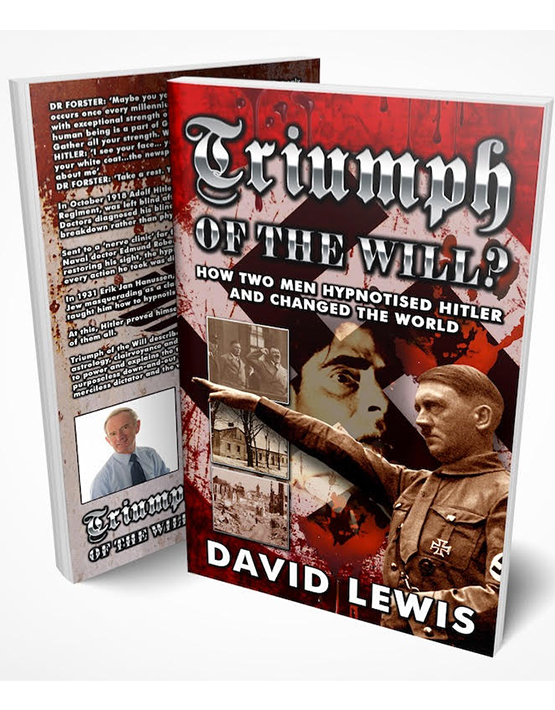 Triumph of the Will? – By David Lewis

Triumph of the Will? How two men hypnotised Hitler and changed the world.

In October 1918 Adolf Hitler, a lance-corporal in the Austrian army, lost his sight following a British gas attack. Doctors diagnosed his blindness as due not to physical injury but mental breakdown. He was suffering from what they then called hysteria.
Rather than being treated in a nearby hospital, he was sent 600 miles from the Front to a ‘nerve’ clinic in the Pomeranian town of Pasewalk. There Dr Edmund Robert Forster, one of Germany’s leading hysteria specialists, used hypnosis to cure him.
Although his sight was restored, the experience left Hitler convinced he had a divine mission to ‘make Germany great again’.
In the early 1930s he became friends with a second hypnotist, a Moravian Jew and media billionaire named Eric Hanussen. Despite his race, he supported the Nazis, promoted Hitler in his newspapers and coached him in showmanship.
Together, these two men transformed a once purposeless drifter into a merciless tyrant able to manipulate the minds of millions.